Do you sigh when you look at your profile in the mirror and see the bulge from your belly? Coolsculpting® is a nonsurgical, patented technology that eliminates fat in your trouble spots. If you were thinking of using liposuction to remove that belly fat, think of CoolSculpting instead. If you’re ready for a modern solution to your stubborn fat, aestheticians at Belle Santé Med Spa in Fort Wayne, Indiana, are ready to help you. Call or book an appointment online today.

Our team of experts have worked hard to reimagine the CoolSculpting experience, starting with an innovative new system. Here are just some of the ways CoolSculpting Elite was engineered to take your practice further:Stay tuned all week long as we share more details about the system and the benefits of upgrading to CoolSculpting Elite!
*As compared to using one applicator.

Contact your CoolSculpting rep to learn more about our latest innovation in body contouring.

Coolsculpting is a non-surgical procedure developed by scientists at Massachusetts General Hospital that eliminates unwanted fat in trouble spots, whether it’s belly fat or a muffin top.

Its patented fat-freezing technology reduces the number of fat cells in each treated area by 20 to 25%. More than six million people have had CoolSculpting treatments across the globe because it works!

Who is a good candidate for CoolSculpting?

CoolSculpting is not a weight loss program. This innovative technology is for adults who have stubborn fat in specific areas: Fat that hasn’t disappeared even though you’re at or near a normal weight for your body type.

How does CoolSculpting work to eliminate fat?

Fat cells freeze faster than other cells, and when they freeze, they die. CoolSculpting uses patented cooling technology called Cryolipolysis® to freeze targeted fat cells. Your body then naturally eliminates the dead cells in the weeks after the procedure.

What areas of the body does CoolSculpting treat?

CoolSculpting can reduce fat in the following areas:

What happens during the CoolSculpting treatment?

During your treatment, you’ll have a gel pad and the CoolSculpting applicator on the targeted area. The applicator delivers controlled cooling to the area and freezes the fat; then a vacuum pulls it into a cup.

During the first few minutes, you’ll feel cold in the target area, but after a few minutes, you won’t feel it anymore. You may feel pulling, tugging, or a slight pinching as the vacuum sucks the fat away. During your treatment, you can read, listen to music, or just rest.

Is there any downtime with a CoolSculpting procedure?

There are some typical side effects, including numbness, temporary redness, swelling, bruising, soreness, or skin sensitivity. These will subside within a week or two, although the numbness may take longer. Many people go right back to work after the procedure.

CoolSculpting is proven, safe, and effective. Call or book an appointment online with Belle Santé Med Spa today to learn how this technology can reshape your trouble spots. 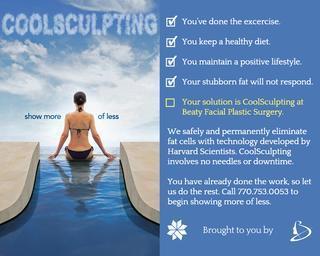 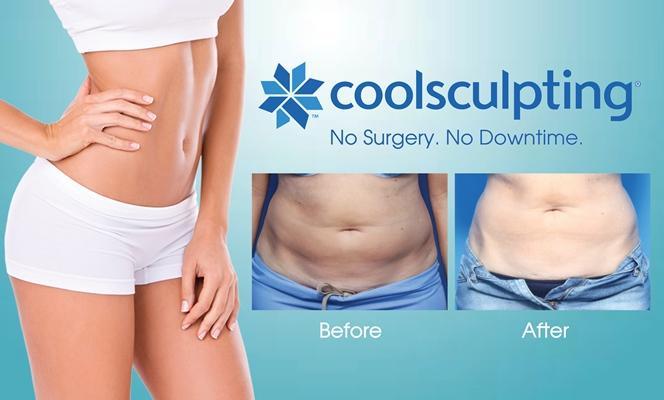